Nerine (Rin-chan for short) is the only daughter of the King of the Devils. Like Lisianthus, the memories of her childhood with Rin have brought her to the Human world. She is in the same homeroom as Rin at Verbena Academy.

She is proper, modest, and reserved, but the moment someone makes a fool out of Rin, she won't hesitate to release her magic. Regardless she is very shy, respectful, and speaks in an extremely formal way. She also possesses a beautiful voice, dubbed "Angel's Bell," but she actually dislikes singing.

She enjoys getting to know and learn about her peers. Her cooking skills are rather poor, for all she originally makes are omelets, but her magic capabilities are quite impressive, sometimes with enough destructive power to level entire city blocks. Her grades in school are also excellent.

Nerine is a more capable magic user than Sia and occasionally uses it to devastating effects. Similar to Sia, Nerine has absorbed the spirit of Lycoris, her clone. Nerine and Lycoris can be distinguished from each other by the color of their eyes; Nerine has red eyes, while those of Lycoris are purple. Because Nerine developed an incurable illness, Lycoris saved Nerine at the cost of her own life. However, unlike Sia, this has not led her to developing multiple personalities and only caused her to share Lycoris' emotions and singing voice.

Initially, Nerine becomes a bit depressed when seeing Rin with Sia, but after her confession to Rin about Lycoris' identity and her own love for Rin (which had blossomed during her effort to fulfill Lycoris' last wish), she decides it would be better if she were dead, to which Rin replies by asking if she would like to play a game; if he can get to where she is by five o'clock the next day, then the show goes on. When he finds her, he tells her that he can understand what Lycoris wanted and that she needs to sing and smile as herself otherwise Lycoris can't do so with her. 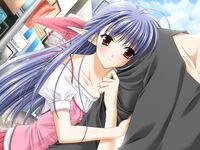 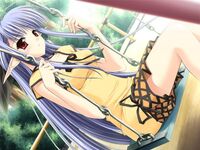 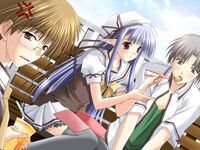 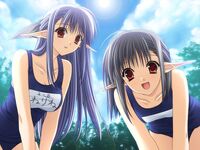 Nerine and Her Mom Sage 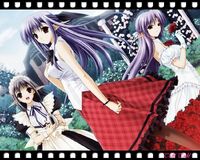 Nerine featured on the cover of Tick! Tack! alongside Sage and Ai 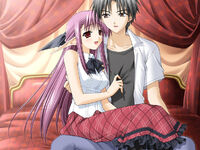 Nerine's hair color if Ai is her mother 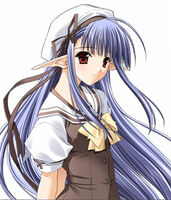 nerine in the shuffle! fanbook

in the tick! tack! fanbook 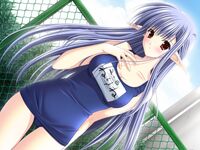 Add a photo to this gallery

Retrieved from "https://shuffle.fandom.com/wiki/Nerine?oldid=7892"
Community content is available under CC-BY-SA unless otherwise noted.